Jack in the Box completes $305M sale of Qdoba 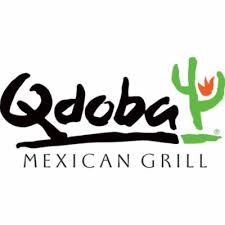 Jack in the Box completes $305M sale of Qdoba

Jack in the Box has completed the sale of Qdoba to Apollo Global Management in a $305 million cash deal, ending the burger chain’s 15-year ownership of the fast-casual Mexican brand.

Affiliates of New York-based Apollo, which also owns the parent companies of the Chuck E. Cheese’s and Peter Piper Pizza dining-and-entertainment brands, inherit more than 700 owned and franchised Qdoba restaurants in the U.S. and Canada.

As part of the cash deal, Jack in the Box will make a prepayment of $260 million to retire outstanding debt under its term loan.

CEO Lenny Comma said in a statement that he wished Qdoba “all the best.”

“Completing the sale of Qdoba marks an important milestone in the actions we’re taking to enhance shareholder value while creating an asset-light business model that is less capitalintensive,” Comma said in a statement on Wednesday.

Lance Milken, a senior partner at Apollo, said in a statement that the firm looked forward to working with Qdoba’s “outstanding management team, talented employees and dedicated franchise partners.”

Apollo did not reveal its plans for the chain and only stated that it will continue “Qdoba’s growth as a leading fast-casual restaurant brand.”

Jack in the Box has more than 2,200 restaurants in 21 states and Guam.