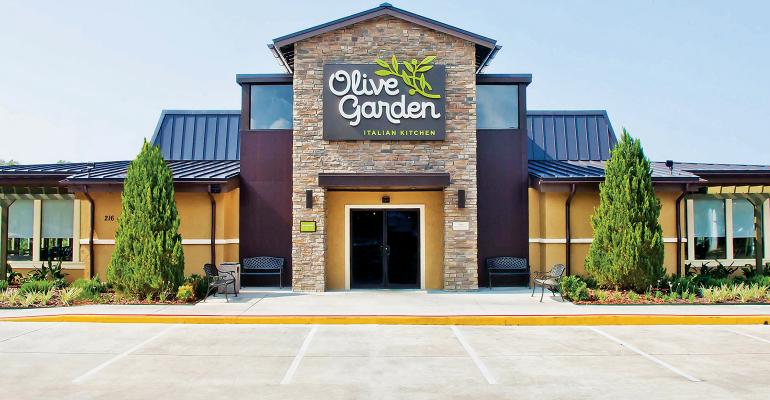 “We’re confident we’ve got a good promotion for the back half of the fourth quarter, and we think we’ve got the right media plan,” Lee said.

The buy-one-take-one promotion, in which a prepared meal is sent home with customers when they order pasta dishes, has been a “very, very profitable platform” that has traditionally been scheduled in the fourth quarter to drive traffic, Lee said.

“Our intuition told us that long term, you have to protect these promotions over time,” he said. “If we run it 16 weeks a year, it is going to lose some of its effectiveness.”

Olive Garden will maintain other legacy promotions, such as the Never Ending Pasta Bowl.

Olive Garden, the largest of Darden’s casual-dining brands, saw same-store sales rise 2.2 percent in the third quarter ended Feb. 25. Olive Garden’s sales in December were the highest in the history of the brand, Lee said, so the chain can distribute promotions more sparingly.

“To make it powerful, it can’t be there all the time,” he said.

• Olive Garden’s off-premise sales grew 13 percent in the quarter, reaching 15 percent of total sales, “enabling us to capture dining experiences that guests previously would not have considered for us,” Lee said. Olive Garden is focused on large-party catering, which produces a $300 average order size. The brand is still talking with third-party delivery companies and testing in-house delivery for smaller orders.

• Take-out orders are expanding. “We are obviously seeing good take-out growth in all of our brands, especially LongHorn, as the consumer demands convenience,” Lee said. “It’s a significant part of the growth story in all of our businesses.” Take-out opportunities are especially good for Olive Garden, he added, “because the food travels so well.”

• Darden continues to work to incorporate 154-unit Cheddar’s Scratch Kitchen, which it acquired for $780 million last March. Darden has worked to simplify operations and is in the final stages of integrating systems and distribution networks. “The last major milestone is the rollout of our proprietary POS [point-of-sale] system, which we expect to complete by the end of the fiscal year,” Lee said.

• Darden recently opened the first Capital Burger in the District of Columbia, offering a menu that ranges from $10 hot dogs to $22 lobster rolls and a filet and fries priced at $28. “This restaurant is a brand extension of The Capital Grille in D.C.,” Lee said, adding that the Grille was at capacity. “The Capital Burger is way for more of our guests to enjoy a bar-centric Capital Grille with a limited menu.”